What should be the attitude of the parents on their children’s fights?

Ritu wants to cry and scream. Both of her children, Rishab and Soma fight like enemies. Ritu’s Weekend mostly passes through, defending and playing the role of a referee.

Contents show
1 What is the Sibling Rivalry?
2 Due to the sibling rivalry?
3 Ages
4 Gender
5 Role of Parents
6 Do not compare
7 Freedom of expression
8 Interrupting: When and how much?

Fights of sibling (siblings) can be the cause of anxiety and stress as well as being part of family life. It is difficult for a parent to fight for two children, and it is always difficult to know which child is being harassed or it is only an excuse to pull their attention towards them.

Every parent wants to give good care to their children so that their love for each other remains intact.

The term ‘sibling’ is used for children who belong to the same family. The mutual dispute between children is common and since then, since the person started living as a family. Mythological texts are stories of siblings and their battles in Ramayana and Mahabharata.

Dr. Marcia Sirota, founder, and author of the Ruthless Compassion Institute, states in an article:

“When children are raised in a dispute, regression and insecure environment in the family, it has a profound impact on their relationships as they grow older.”

What is the Sibling Rivalry?

Even if two children were born in the same family, they are different from each other. These differences can be sexual, behavior and emotions can happen. They do not choose each other, but their parents are the same. During childhood, mutual bout or opposition is called the Sibling Rivalry and it needs to be handled wisely.

Young Age children need parental attention so that they can trust, feel secure and can be emotionally strong. Children often express their emotions by harassing them, fighting, arguing and screaming to grab the attention of their parents.

Due to the sibling rivalry? 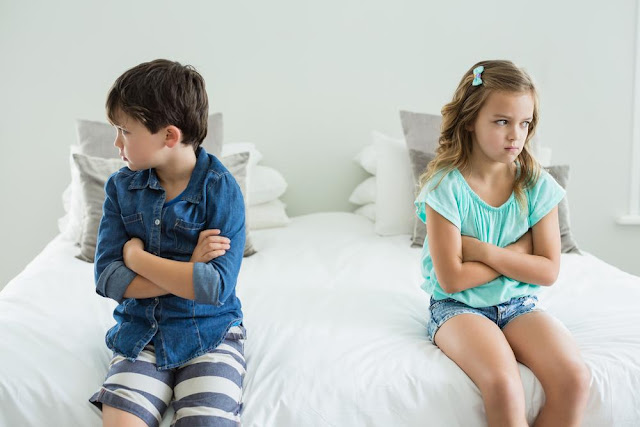 Even if two children were born in the same family, but they are different from each other

The sibling rivalry is not able to respect each other’s personal space and scope. It is not possible to be together.

At a young age, it does not make much difference to the age gap of two or three years. Children of five years and eight years of age can happily play together. But when one of them comes to teenage girls and another is only up to ten, then there can be a difference between them.

Father’s soft attitude for daughters can make the children angry. While a daughter can not like her brother for other reasons. Every child has a different kind of expectations from parents and if this is not complete, then there may be problems.

The child in the family is small or big

The difference in the behavior of parents depends on whether the child is big or small in the family.

It must be understood that a large child in the family is also a child and he also needs to learn the art of coping.

On the other hand, young children are always considered to be small children. It is natural for a mother to be more sensitive to her youngest child. However, parents should not treat the youngest child as a child after a certain age 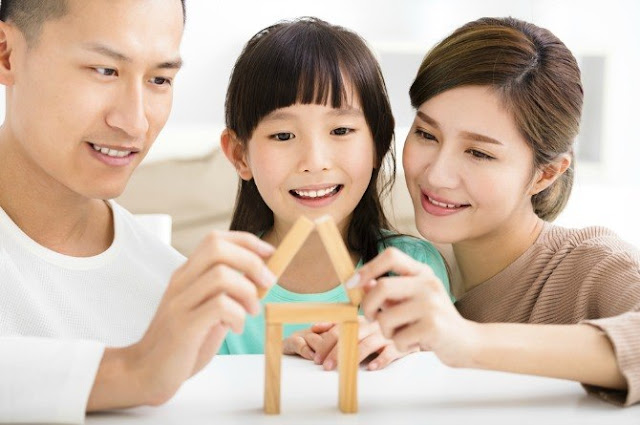 Being totally unbiased and objective can be unnatural for the parent-child relationship.
Being totally unbiased and objective It is important to understand that the matter here is not of the same or completely fair and honest behavior from the children. Clarity about rules, responsibilities, and privileges is important according to age. For example, a 13-year-old child may sleep at 10 o’clock, but a 10-year-old child should go to bed at 9 o’clock. can be unnatural for the parent-child relationship.
A parent-child relationship can become unnatural by being completely objective and objective. Parents can not behave equally under any scheme. For example, if a mother embraces one of them for any reason and if she feels compelled to embrace the other to look neutral, then the intuitive sign of affection loses its meaning.

Comparing makes the cause of resentment and a decline in self-esteem. Every child is different. When parents compare, a child feels better, but the other child can feel slighted and this creates hostility among the brothers and sisters.

Ignoring or blocking, anger is not a solution. An angry child can hurt. Anger arises from the feeling of injustice, which brings pain and needs attention with sympathy.
Young children lack the art of expressing their emotions. If a parent expresses it herself, it can be helpful, for example, “Are you so angry because your sister is getting more love for her mother?”
Once the child knows that his needs are being understood, his talk is going on and he is getting fulfilled, he will be calm. Self-discipline comes with age. Children need to persuade them to tell and ask their needs without behaving in a rage.

Interrupting: When and how much?

Sometimes it becomes difficult to deal with frequent quarrels, beatings, and shouting. It is important to know when and how much to intervene and when to ignore it.
When there is no way to cooperate and say things in a child’s youth, parental intervention is needed. Children at this age feel helpless by ignoring the battles at this age.
However, interfering does not mean to solve. They need not be told to solve the solution but to find solutions. If there is a difference between children, avoid avoiding the power struggle, avoid any child’s favor. Ask them to find solutions themselves. In most cases, he will also do the tax. Creating a built-in solution creates a pattern of dependency on others and there is a hindrance to learning the art of finding a solution to any dispute.
When to interfere, this decision depends on the situation and family texture. If there is repeatedly fight on any issue, intervening becomes necessary because obviously there is a lack of skill to resolve the dispute here.
Ask about a potential solution or get ideas for solutions. Let them chat. Children know their siblings and can solve happily.
Do not make a serious issue of brother-in-law fighting among themselves. Usually, this is a motive round and the children learn to live together. They make love relationships and become best friends.
Children Health
0 comment
0
FacebookTwitterPinterestLinkedinTumblrRedditWhatsappLINEEmail

Use these herbal remedies to treat dry and itchy scalp.